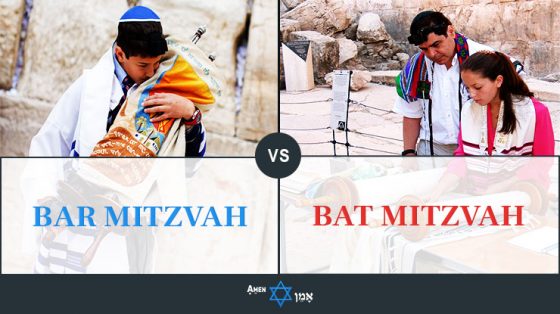 What’s the difference between a Bar & Bat Mitzvah?

Are there any similarities between them?

What do the words “Bar Mitzvah” and “Bat Mitzvah” even mean?

OK OK, enough with the questions. Let’s start getting some answers…

Bar Mitzvah vs Bat Mitzvah: In a Nutshell

The term Bar Mitzvah is made of 2 Hebrew words:

Doesn’t make a lot of sense, does it (that’s not proper English, either)?

Well, in rabbinical usage, the word “Bar” has a different meaning: “subject to”. Add that with “commandments”, and you get “subject to commandments”.

The same goes for girls: “Bat” technically translates to “daughter”, but in rabbinical usage – it means “subject to commandments” (in female form).

Contrary to popular belief, a Bar/Bat Mitzvah is not an event or ceremony, it’s a designation of responsibility. The moment a Jewish boy/girl reaches their coming of age – they become subject to the Torah’s commandments (Mitzvot), regardless if they had a Bar/Bat Mitzvah ceremony or party.

That’s right – they become a Bar/Bat Mitzvah whether they celebrate it or not.

These are both Bar & Bat Mitzvah customs, not commandments.

A Bar & Bat Mitzvah share a lot of the same customs:

That said, they also have exclusive customs:

I briefly mentioned that a Jewish boy isn’t technically required to publicly read from the Torah (that’s called Aliyah by the way) to become a Bar Mitzvah.

If you’ve got a sharp eye – you probably noticed I didn’t say anything about a Bat Mitzvah reading from the Torah.

That was no accident…

In conservative and reform communities (and increasingly in modern Orthodox communities), however, that’s not the case. In these communities, Bat Mitzvah girls also participate in an Aliyah and read from the Torah, just like boys do.

Did You Know? Many modern Orthodox communities have sparked up a new conversation surrounding this whole subject.

They asked Orthodox rabbis to re-examine the Jewish customs concerning Bar & Bat Mitzvah and demanded an “equal playing field”, so to speak.

Their main critique is since the Bar Mitzvah ceremony isn’t mentioned anywhere in the Talmud – there’s no reason to prevent a Bat Mitzvah from having her Torah reading. should progress with modern times and match the current social landscape – where both men & women are treated equally.

Jewish men are required to don a Tallit every day (usually during the morning prayer), and Tefillin every weekday (not on Shabbat and several Jewish holidays).

Well, guess who’s considered a man now? (at least from the Torah’s perspective… physically, the kid might still be 4’11 like I was when I was 13).

That means that on his Aliyah, the Bar Mitzvah will wear his Tallit for the very first time (and a Tefillin if the service is not held on Shabbat).

Note: Except for (most) Ashkenazi men. They start wearing a Tallit only after they get married.

And because these Mitzvot are reserved only for men, a Bat Mitzvah doesn’t follow them.

Except: In conservative and reform communities, the Bat Mitzvah girls wear a Tallit as well.

Are these the only commandments that differ between a Bar & Bat Mitzvah?

When a Bar/Bat Mitzvah reaches their coming of age – they’re now responsible for their own actions.

Did You Know? In fact, before the Bar Mitzvah reads his Torah portion, the father actually recites a blessing thanking G-d for relieving them from the burden of his son’s sins.

And while Jewish men & women are required to follow many of the same Mitzvot (such as observing the Sabbath, eating Kosher, praying…), there are some Mitzvot that are gender-specific.

Note: In conservative and reform communities, women follow some of these commandments as well.

The boy had his first Aliyah at his Bar Mitzvah service. It probably wouldn’t be the last. An adult man can now receive an Aliyah every time we publicly read from the Torah (on Saturdays, Mondays, Thursdays and Jewish holidays).

Participate in a Minyan

A minyan is a quorum of 10 men required to fulfill certain Jewish obligations, such as public prayer, reading from the Torah and reciting the priestly blessing.

Publicly read from the Torah

The young man is reading his Torah portion in the public service. He can now do it over and over again, perhaps even become a Hazzan.

Not only can he participate in a Minyan, but he can also lead the Minyan’s prayer service. Many Bar Mitzvah boys these days train how to lead the entire service, as opposed to just recite a Torah portion and chant the Haftarah.

We already covered that one 🙂

Aside from the genderless Mitzvot, Jewish women are required to follow 3 additional Mitzvot:

In Judaism, women are given a key role in shaping the values of the family.

Kneading Challah (and recites the Challah blessing) represents a woman’s unique ability and responsibility to shape raw material given by G-d – into something meaningful… just as she does with her family.

The moment the young Bnai Mitzvah have been waiting for (c’mon, who are we kidding): the gifts!

What sort of gifts, you ask?

Common gifts for a Bat Mitzvah are things like:

What if you can’t decide on a gift for the Bar/Bat Mitzvah?

In that case – get the Bnai Mitzvah money in multiples of $18, and let them decide what to do with it.

Tip: Money is a good idea especially if you don’t know the Bar/Bat Mitzvah very well, or if you attend a Bar/Bat Mitzvah in specific communities where monetary gifts are the norm (like in Israel)

They both celebrate their Bar & Bat Mizvah, albeit a bit differently. Nowadays, it’s common for both boys and girls to have a Bar & Bat Mitzvah party (but costs may vary, sometimes significantly).

But the biggest difference lies in their different rights and responsibilities required by Jewish law.

Hope this article cleared things up 🙂 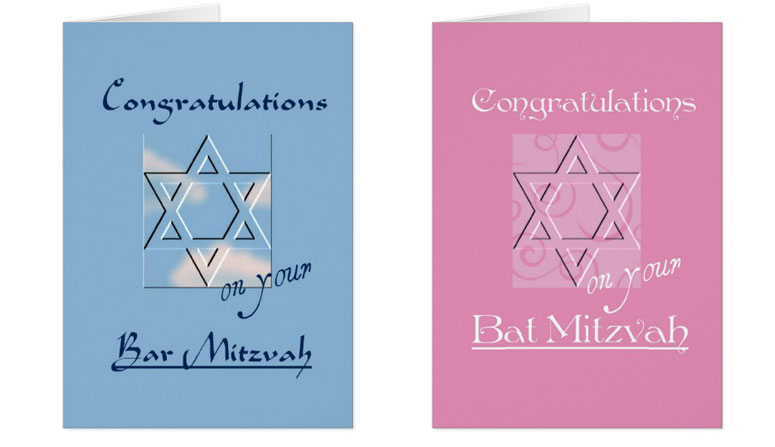 What to Write & Say In a Bar/Bat Mitzvah Card [Wishes, Blessings & Quotes]? 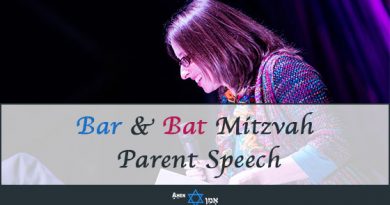 4 thoughts on “Bar Mitzvah vs Bat Mitzvah: What’s the Difference?”