Home » Ketubah: The Jewish Marriage Contract & What it Really Means 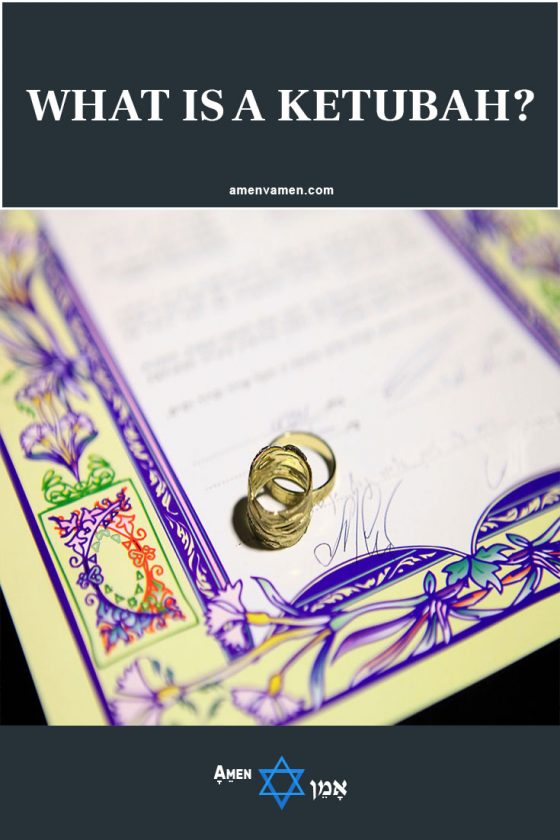 What’s your favorite part of weddings?

“WHOA?! Marriage contract? Are you nuts?!”

Believe it or not – not only does the Ketubah – the Jewish marriage contract – play a key role in a Jewish wedding, but it’s also one of the most emotional and memorable parts of the Jewish wedding ceremony.

So much so, that married couples often display their Ketubah in their home.

Don’t worry, there’s a perfectly reasonable (and fascinating) explanation for it…

What is a Ketubah?

First, let’s start with the basics: what is a Ketubah, anyway?

The Ketubah was originally established to ensure that the wife is protected in case the marriage ends prematurely – due to divorce or the death of the husband. In effect, the Ketubah was put in place to incentivize the husband to stay married to his wife (and to stay alive!).

Important: That being said, the traditional Ketubah doesn’t address the problem of “Agunah” – a situation where the wife isn’t granted a ‘get’ (divorce bill) by her husband and is therefore stuck in her marriage. This problem is addressed using a Jewish prenuptial agreement.

Nowadays, however, the role of the Ketubah is mostly symbolic (except in Israel – where it’s still a legally binding contract).

Non-traditional Ketubahs are often modified, translated and made more egalitarian to fit the current social landscape (I dive more into the different types of Ketubahs later in the article).

Many Jewish couples later display their Ketubah in their home.

I know what you’re thinking: “Why on earth would you display your marriage contract?”

Modern Ketubahs are particularly stunning. More often than not, they resemble art pieces more than they do marriage contracts. That’s right, Ketubah Art is a real thing (more real than you think)!

Did You Know? Not every couple displays their Ketubah in their home.

In some communities, displaying the Ketubah is frowned upon – as it may come across as boastful.

Other couples don’t display it because they don’t find the idea of displaying a legal contract publicly very appealing. Or to quote one of our Israeli readers: “why on earth would I display a legal document?!”

Traditionally, the Ketubah signing ceremony takes place at the Tisch, where the groom is accompanied by his Rabbi, the two witnesses signing the Ketubah, and the groom’s close (male) friends and family members.

Note: In non-Orthodox weddings, both the bride and groom attend the Ketubah signing, and in some cases, they may even sign it themselves (in addition to the witnesses). While some couples do invite their guests for the Ketubah signing; others prefer a more intimate setting – with only the Rabbi, the witnesses and a handful of friends and family members present.

According to Jewish law, a witness has to meet the following requirements to be able to sign the Ketubah:

Here it is in a table for you visual folks:

The Rabbi reads the Ketubah out loud in front of the guests immediately after the first phase of the wedding ceremony – the Kiddushin.

After the Ketubah reading, the groom publicly approves of his responsibilities and then passes the Ketubah to his bride, who then passes it on to a family member who keeps it safe until the end of the wedding.

Tip: Put someone trustworthy in charge of keeping the Ketubah safe throughout the wedding.

Finally, the Rabbi proceeds to the second phase of the Jewish wedding ceremony, the Nissuin (marriage), in which the Rabbi recites the famous Seven Blessings.

The traditional Ketubah is written in Aramaic – the common language used at the time the Ketubah was formed.

Note: There are slight differences between the Ashkenazi and Sephardic Ketubah.

Over the years, however, several Ketubah versions began to emerge in different Jewish circles.

Regardless of the version, most Ketubah texts follow the same basic structure:

On its surface, the Ketubah is not a religious text (God isn’t mentioned even once in the Ketubah): it’s strictly a marriage contract highlighting the groom’s responsibilities for his bride.

That being said, there is a stronger, deeper meaning behind the Ketubah. It symbolizes the eternal “marriage contract” between God and Israel. God is referred to as the “groom” in the Torah, who vowed to take care of his “bride” – the Jewish people, protect them and provide them with all their needs.

Similarly, the Ketubah is an agreement made between the bride and groom, where the groom vows to take care of his bride’s needs.

Who Buys the Ketubah?

In most cases, the couple buys their own Ketubah.

The Ketubah isn’t something you arbitrarily add to your wedding registry next to your favorite kitchen appliances. This is your marriage contract we’re talking about here. It’s what symbolically (and in Israel – legally) bounds you together as a couple. It’s what a Jewish couple displays oh-so-proudly in their future home – for decades.

Tip: In some cases, a close family member (often the parents) volunteers to buy the Ketubah as a wedding gift. But even then – it’s done with the couple’s blessing.

How Much Does a Ketubah Cost?

A Ketubah can cost anywhere from $0 to $1,000 or even more (high-end designer Ketubahs can go way beyond that), depending on the quality, size, material, frame, and of course – the artist. The average cost of a Ketubah is somewhere between $150 – $400.

Note: $0? Yep. Technically, nothing is stopping you from downloading a free Ketubah text, and printing it yourself. I’m not saying you should do it, I’m just saying that it can be done (especially if you’re on a budget).

If you’re planning on displaying your Ketubah at the wedding, the best way is to mat and frame the Ketubah before the wedding, but leave out the glass. That way, you can display the Ketubah on an easel at the Kabbalat Panim, before it is signed by the witnesses. Once the Ketubah is signed and the ink has dried (even better – use a fade-resistant pen), you can add the glass back on.

Tip: If you take it to a local framer – make sure to tell them not to cover the important parts of the Ketubah (especially the signature area!). A little planning goes a long way.

While the Ketubah is technically a marriage contract, it’s so much more than that: it’s a historical Jewish wedding tradition, a symbolic wedding contract, a Jewish version of the wedding vows, AND a remarkable piece of art – all combined into one document.

It’s no wonder why guests arrive early in Jewish weddings – they want to get a “front-row seat” to the Ketubah signing – one of the most special moments of the entire Jewish wedding ceremony, and the most exciting event in the Kabbalat Panim (the pre-wedding reception).

So remember kids: if you’re attending a Jewish wedding anytime soon – you DO NOT want to miss it.

And if you’re the one getting married – make sure to choose your Ketubah wisely :). 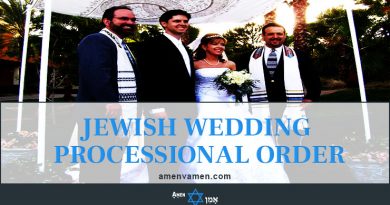 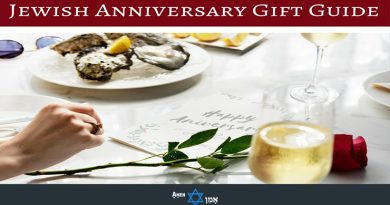 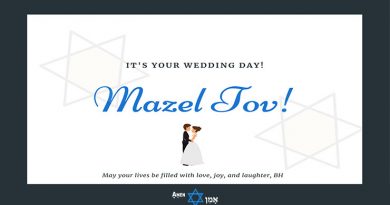 What to Write/Say in a Jewish Wedding Card? [Wishes, Sayings & Greetings]