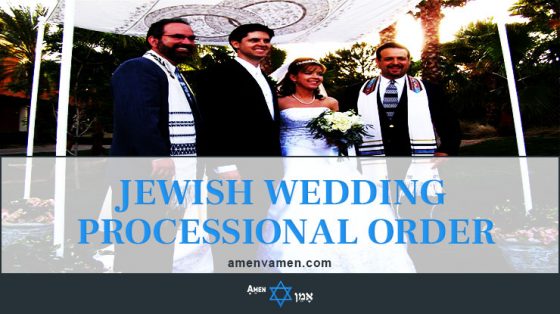 Just like many other traditions, Jewish wedding ceremonies have a traditional processional order. While the order may vary slightly from one Jewish denomination to another (Orthodox vs Conservative vs Reform) or even from one couple to another – most Jewish weddings pretty much follow the same order.

Here’s how it goes…

Which Side Are You On?

Note: If you’re used to Christian weddings – then you’ll notice it’s the exact opposite.

While that’s the tradition, these laws aren’t set in stone. There’s no Jewish law mandating who stands where, so feel free to switch sides if one of you prefers one side over the other (compromises, baby! That’s what love is all about!).

Traditionally, there is also a recessional order. It follows almost the same order as the procession (with a few minor changes), only reversed:

Most Jewish weddings follow the processional order I described above.

Some couples may modify it slightly out of necessity (if for example, the groom’s grandparents are deceased), but for the most part – Jewish couples follow the same process.

Why reinvent the wheel, when the wheel has proven to spin reliably for so many generations?

Couples are better off spending their time and energy on the things that matter. And thankfully, there’s no shortage of important things to take care of when planning your Jewish wedding. 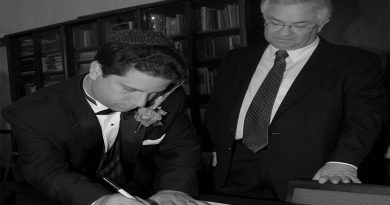 Signing the Ketubah: Who CAN Sign It? (And Who SHOULD?) 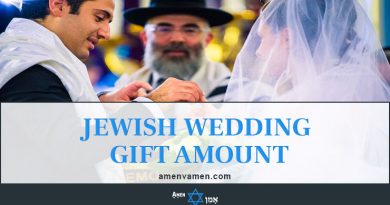 Jewish Wedding Gift Amount: How Much Money Should You Give?