Home » Do You Get Circumcised at a Bar Mitzvah?

Does a Bar Mitzvah get circumcised?

Is that what the Bar Mitzvah is for?

Can you have a Bar Mitzvah without getting circumcised?

Well, that’s because Judaism has so many unique traditions (like Bar Mitzvah & circumcision) that it’s hard to keep track of em’ all.

But what’s the connection between these two Jewish traditions?

Let’s get to the bottom of this (and bust a few myths along the way).

So, Do You Get Circumcised at a Bar Mitzvah or Not?

The short answer is no.

Jews aren’t circumcised on their Bar Mitzvah. Jewish boys are circumcised by a Mohel (a certified circumcizor) when they’re 8 days old in a ceremony called Brit Milah (or Bris) – which in Hebrew means “covenant of circumcision”.

A Bar Mitzvah is the Jewish coming of age (13 for boys, 12 for girls) and has nothing to do with circumcision. In Judaism, when a Jewish boy turns 13 he’s considered an adult.

No, that doesn’t mean he should get married, drink alcohol and start paying taxes when he’s 13 years old. It simply means that he’s considered old enough to take responsibility for his own actions.

Could you imagine how horrific it would’ve been if every Jewish boy had to go through a circumcision when he turns 13? I don’t think any amount of Bar Mitzvah gifts would help overcome this trauma.

Did You Know? The age of 13 in Judaism is the age of awareness (“Daat” or דעת), where a child is now capable of being aware of his actions and their implications.

Where does this confusion come from?

If you ever read the book of Genesis, you probably remember that Abraham (the first Jew) circumcised himself when he was 99 years old.

He also circumcised his entire household:

When G-d told Abraham to circumcise himself and his household, Isaac wasn’t born yet. But Ishmael was… and he was 13 years old at the time – old enough to rationally and willfully accept his father’s (and G-d’s) will.

Isaac on the other hand was born into the covenant of circumcision. He was just an 8-year-old baby without any awareness or understanding of what is going on.

Which brings us to the next question…

Can you have a Bar Mitzvah if you’re not circumcised?

What if a Jewish boy wasn’t circumcised when he was a baby (like Isaac was)? Is he even considered Jewish? Can he still celebrate his Bar Mitzvah?

Now, this is where it gets interesting (and complicated).

Let’s start with the basics…

A man is considered Jewish if he’s either:

That means that if your mother is Jewish, you’re also considered Jewish. No further conditions required (same goes for women by the way).

If your mother isn’t Jewish, you have to undergo a proper conversion to be considered Jewish.

And one of the rules for a proper conversion? That’s right – perform a Brit Milah. In other words: if you’re a male – you can’t convert to Judaism without having a Brit Milah.

Now to the main question: can an uncircumcised Jewish boy have a Bar Mitzvah?

This is a complicated question… in fact, it’s a flawed question.

Let me remind you of what I said at the beginning of this article:

A Bar Mitzvah is the Jewish coming of age, celebrated at the age of 13.

In other words: any boy who was born to a Jewish mother becomes a Bar Mitzvah the moment he turns 13 years old.

Now, if we rephrase the question to: Can an uncircumcised Jewish boy have an Aliyah and read from the Torah on his Bar Mitzvah ceremony?

That’s where it gets complicated… and like many other complicated subjects in Judaism, there are many debates (Machlokot) “for” and “against”.

But at the end of the day – the publicly accepted bottom line is this:

An uncircumcised Jewish boy can have an Aliyah and read from the Torah.

That being said – now that he’s a Bar Mitzvah (aka a Jewish adult), he can now choose to perform a Brit Milah.

In fact, since he’s required to follow the Mitzvot, that includes following the Mitzvah of Brit Milah.

Just like Ishmael (the less popular of the two brothers) was born uncircumcised, and later accepted the Mitzvah of circumcision when he was 13 – any Jewish adult who wasn’t circumcised at birth can choose to do the same.

Now you see the source of the confusion…

Jews have many unique traditions and rituals: Bar Mitzvah, Brit Milah… it’s no wonder people mistake one for the other and create a whole mishmash.

Like I said (and like you’ve seen) – even a simple question like “Can an uncircumcised Jewish boy celebrate a Bar Mitzvah” get very complicated very quickly.

On that note, let’s close this article here…

See ya on the other side (read: on my other articles)! 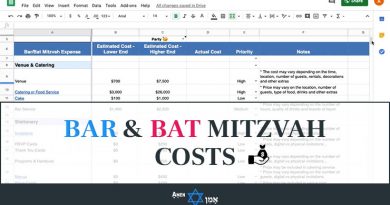 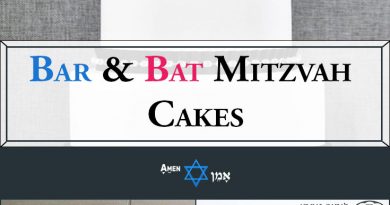 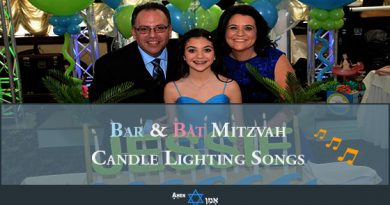