You think Halloween is cool?

Especially if your kids capture everyone’s attention with a unique Purim costume that makes everyone else’s costume look like a joke.

And that’s exactly what this article is for – to make sure the kids dress up as their favorite characters and have a blast this Purim.

What about the adults? I’m not letting you off the hook that easily… We’ll make sure you suit up properly for Purim and set an example for the little ones.

After all, adults are just kids, only taller.

What Purim costume will make you stand out?

Which of these costumes will your kids approve of (let’s face it, they make the shots)?

These are the questions I asked before I chose the very best costumes… and here they are before you:

We all heard the story of Purim many times.

But its much more fun to actually dress up as the heroes of the story.

Thankfully, there are LOTS of cool traditional Purim costumes to choose from.

It’s Purim after all – so it only makes sense to start with the biggest hero of the day: Queen Esther!

The beautiful Queen Esther was the one who saved the entire Jewish people from Haman’s evil plan to annihilate the Jewish people.

Her courage to stand up for the entire Jewish people is the reason we all celebrate the Purim carnival to this day.

Even though this is technically a Renaissance Lady costume, with a little “Jewish spin” it easily turns into a Queen Esther’s costume – and a very fancy one… especially when you compare it to other low-quality Queen Esther costumes out there (Ehm. like this one).

Both dresses are made from high-quality material and are simply stunning, especially when you consider how cheap they are.

Tip: The dresses are full length, so don’t worry about Tznius.

We’ve taken care of the girls… What about the boys?

If it wasn’t for Mordechai, Haman would have gotten his way in killing all the Jews, and he would’ve hung Mordechai while at it.

Instead, thanks to Mordechai & Esther’s courage – naughty Haman’s plot was revealed, the king ordered Haman to be hung instead of Mordechai – and the Jews were saved… Woohoo!

Now, you get to dress your kids like little Mordechai on Purim!

In the Torah, it is said that Jewish high priests used to wear a unique piece of clothing in the Jewish temple. It contained:

You might be wondering what this has to do with Purim?

After the destruction of the first Jewish temple, King Ahashverosh took the Jewish high priest clothing to himself and turned it into his royal clothing.

Haman, being the egomaniac he was – not only wanted to kill the Jewish people… he also wanted to be rewarded with a parade thrown for his loyalty, while wearing the king’s royal clothing – the Jewish high priest clothes.

Things didn’t exactly go as planned for Haman… Not only did he fail, but he was humiliated and was forced to give the royal clothing to Mordechai, his nemesis, and witness Mordechai being paraded in the clothes of the Kohen Gadol.

Purim is the happiest holiday in the Jewish calendar… dressing up like a princess, cowboy or (enter cliché costume here) is SAD… plus, there’s nothing Jewish about those kinds of Purim costume ideas.

So, what do you say we retire those old & boring costumes?

Instead, let’s go with something a little more “Jewish”, and a lot funnier.

No doubt – this would be an awesome Passover costume to wear at the Seder table.

But Moses isn’t just a Passover hero. He’s a Jewish hero! That means you don’t have to wait for Passover to come to wear this costume. it’s a terrific fit for Purim too.

It’s even cooler if both the adults and the kids dress up as Moses. You’ll have several Moseses’ walking down the street. And if you’re extra creative and willing to go the extra mile, you can dress your kids up like little sheep to get the full “Moses and his Shepherds” costume.

I promise you – you’ll turn quite a few heads on the street (people might even call child services, but I trust you’ll be able to sort it out)

Note: The adult Moses costume looks a bit like a Jesus costume, which can be hilarious in of itself.

The story of the flood is one of the most memorable moments in the bible. And thanks to Hollywood’s recently skewed version, there’s hardly anyone who hasn’t heard of Noah.

Doesn’t matter if Purim this year will be sunny or not – its always a good idea to dress up and build an ark!

Ok OK, you don’t actually have to build the ark, especially not on Purim – you’ll miss out on all the sweets and Mishloach Manot. But dressing up as Noah is actually a great idea.

This is a costume for you non-Rabbies out there (if you’re already a Rabbi, then this costume might not excite you as much).

After all, we’re talking about Jewish costumes here… and what better Jewish costume than a hilarious Rabbi costume, for both adults and kids?

Tip: Got some non-Jewish friends? If they have no clue about Purim – go pay them a visit dressed up as a Rabbi… make sure to capture their response on video. You’ll thank me later.

Let’s take it a step forward, and promote our Rabbi to… Grand Rabbi!

This Purim, I’m challenging you to go to the synagogue, hear the Megillah (book of Esther), and impress the Rabbi with your shiny grand Rabbi costume.

In fact, you can dress up the entire family as Rabbis & grand Rabbis… you’ll be one happy Orthodox Jewish family.

Go show the Rabbis in the synagogue what you (and the grand Rabbi kids) are made of!

Note: Doesn’t include the shtreimel (Jewish hat). You can purchase one separately here.

When it comes to Purim, there are two kinds of people:

If you fit the first group, then you might want to skip this section…However, if you belong to the 2nd group… you’re exactly in the right place.

These days, no party is ever complete without Trump.

Can you seriously imagine a Purim party without a Trump costume floating around?

Take one guess: who do you think people will talk about when you wear this costume?

Let’s face it – if there’s a Purim dress-up contest, there’s no way you’re going to lose with this cool T-Rex costume.

No amounts of Supermen, Spider-men or fake superheroes will be able to take on a good old (very old) dinosaur.

So go ahead and give those superheroes a bite!

Tip: If you have kids, and you’re looking for unique Purim costume ideas for the entire family, then try dressing up as a family of dinosaurs, like this cute family in this video:

Oh, Sh*t! Do I really need to elaborate here?

In the past few years, I’ve seen a LOT of couples trying to team up and create a funny Purim costume for couples… honestly – most of them were awful… but a few of them were simply brilliant.

To crush it with a hilarious Purim costume for couples, you first have to convince your significant other to come on board (you try bribing them with a nice bouquet of Purim flowers).

Once they’re on board – time to roll up your sleeves and put on your matching creative hats on. Let’s get to work!

“You are my everything”.

“You and I are like peanut butter and Jelly”.

Forget the cliché couple’s Purim costumes, and dress up like something worth remembering (and worth eating, but that’s another story)

How many times did you say (or think to say) to your significant other:

Well, since it’s Purim, why don’t you join them in being a crybaby!

Crying babies love company, and they always get attention from everyone around them.

This Purim won’t be any different!

The cutest Purim costume for the cutest baby couple.

We adults had our fun. Now it’s time to focus on the kids.

Let’s think for a moment: what do kids want on Purim (besides lots of sweets and Mishloach Manot)?

They want to look cool, and ideally – cooler than the rest of their friends.

It’s no wonder they say “No” to all the Purim costume you suggest to them.

So, let’s have a look at a few Purim costume ideas that are “cool” enough for our kids to wear.

Kids love superheroes. Especially the famous ones: Batman, Superman, Wonder Woman… That means, that every other kid will wear the EXACT same costume on Purim.

Instead, let your kid be the one to throw the curveball, and surprise everyone with a Flash costume.

Because that’s what Flash does – he surprises people and appears out of nowhere.

With all due respect to the DC superheroes, our real superheroes are our very own IDF soldiers!

And the fact that you’re not spending Purim in Israel, doesn’t mean your kid can’t dress up like one.

So, before your kid grows up and says to you: “Mom, dad, I want to make Aliya to Israel and go to the army”, he can start with baby steps this Purim…

Remember, Purim is about being cool.

Now you tell me, what’s cool about dressing up like a police officer?

It has been overused, and there’s nothing exciting about that anymore.

But hang on a second – how about a SWAT costume?

When I was a child, my mom made me wear the same boring cowboy costume… EVERY YEAR (for like 4 years straight).

Kids made fun of me, making jokes like: “Gee, I wonder what Rafael’s will wear on Purim…”

If only I had a time machine… I’d wear a cowboy costume for Purim again.

Except this time – I’d arrive on a horse! (and make the horse kick the kid who mocks me).

Note: This costume is unisex… Cowgirls – have at it!

Some people go nuts with their Purim dress up… they spend hours (if not days), and hundreds of dollars for one single costume they’ll never wear again.

Don’t be tempted to compete with the Joneses (or in this case, the Cohens) and don’t take a 2nd mortgage to finance your costume.

You can get great Purim costumes without spending a fortune. Let’s look at a few…

The Pharaohs have given us Jews a hard time in the past.

But now that there are no Pharaos anymore, and they come after us in the Red Sea (they’ve learned their lesson) after they discovered we dressed up as them.

So go ahead, dress up like Pharaoh, it’s safe (and cheap)!

Boys dress up as Pharaohs, it’s only natural for the girls to dress up as Cleopatras – the last queen of Egypt.

I mean, why be a princess, if you could be a Queen?

There are SO many cool Purim costume ideas you can choose from out there, I barely scratched the surface…

In fact, It’s pretty much impossible to include every Purim outfit idea under the sun… the whole point is to find original Purim costumes no else would ever think about.

The carnival of Purim is the children’s favorite Jewish holiday.

Who am I kidding…? It’s one of the favorite holidays among us adults as well!

Don’t think so? That’s because you’re not wearing a Purim costume, you boring snob!

Got a costume for the kids? Great.

Now scroll back up, and choose a cool costume for yourself (if you haven’t already). Otherwise, no Mishloach Manot for you! 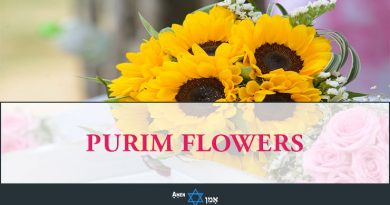 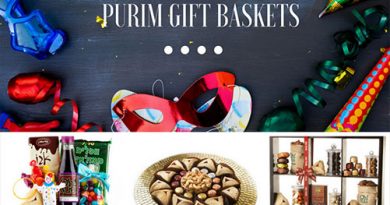