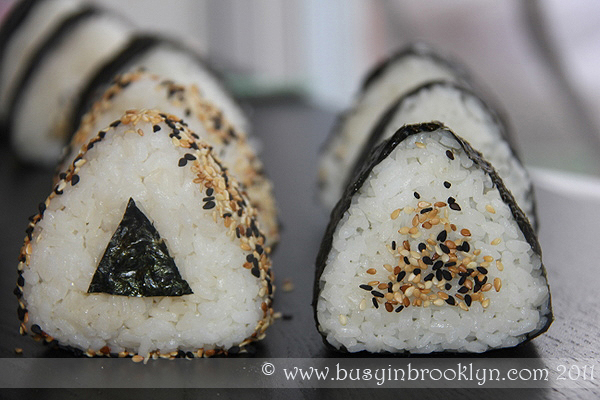 Hamantaschen is the official Purim snack – we all know that.

But for some of us the standard poppy seed Hamantaschen cookies just don’t cut it anymore.

It’s quite understandable… It can get quite boring after a few straight Purims.

But since stealing is not nice, let’s just “borrow” a popular Japanese dish 🙂

That dish is called Onigiri, which stands for “rice ball”.

Our Onigiri obviously won’t be “ball-shaped”, but rather Hamantaschen-shaped (triangle).